“Reluctantly and with great sadness, we are forced to cancel the 24-hour race in Feltre, the Castelli24h, again this year,” announced Ivan Piol, president of Pedale Feltrino, the organizers of the cycling event that was scheduled for June 11 and 12.

“We had solved the problem on the sports side by limiting participation to ‘Only One’ riders and creating more categories. We had eliminated the teams, the exchange area, and the assistance area, which created the greatest risk of crowding and close 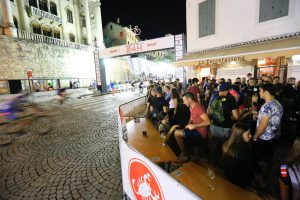 contact,” explained the president of Pedale Feltrino, “but the problem of managing the spectators and coexisting with city residents remained difficult to solve. Given the COVID containment measures, there was a risk that the city could be placed in lockdown to avoid crowding created by the event. And the significance of the 24-hour race lies not only in the athletic aspect but also in the ‘show’ and the involvement of the spectators. Without these ingredients, the entire event loses its meaning.”

“So, after careful consideration, and in agreement with the mayor of Feltre and the technical sponsor, the organizing committee has reluctantly decided to postpone the Castelli24h to June 10 and 11, 2022, when we are confident that we will be able to commemorate the 20th anniversary of the event in an atmosphere of celebration and joy brought by this great sport,” concluded Piol. He also offered reassurance regarding the Sportful Dolomiti Racegranfondo scheduled for June 20: “We’re already working hard on the granfondo, which is a completely different situation. We are examining, together with the Italian Cycling Federation and other organizers of major events, all the protocols necessary to ensure the safety not only of the participants but also of all the volunteers who help us.”

“The municipal administration thanks the organizing committee and all the volunteers for their dedication. The organization of the Sportful Dolomiti Race granfondo is already a fantastic sign of reopening while we look forward to the 20th edition of the Castelli24h in 2022,” said Paolo Perenzin, mayor of Feltre.

“We at Castelli are absolutely in agreement with the decision of the organizing committee,” explained Alessio Cremonese, CEO of Manifattura Valcismon, owner of the Castelli brand, “and we’ll do everything we can to celebrate the 20th anniversary of the Castelli24h in 2022 in the best possible way.” 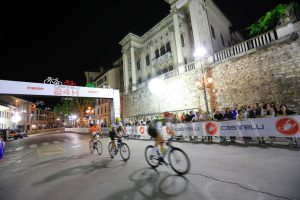